I don’t believe that anybody feels the way I do about you now. ~ “Wonderwall,” Oasis

I met Super Tall Girl online.  She approached me first, which I was happy about because she was super cute, seemed to have it together, had a great job, etc.  I was excited to talk to her.  She even started the conversation with “Tell me something.  Anything!”  So I did.

We met up a few times, and I found myself very nervous around her.  She talked in text about how I should hold her hand, that she was a good hand holder, etc.  But I couldn’t get myself to do it.  My lack-of-game and self-confidence makes it difficult to believe that things like just reaching over and touching her leg or taking her hand would have been received and reciprocated.  So we shared an awkward hug and a knee pat before our first big outing together- going to see a 90s cover band at a local concert venue.

We decided to pre-game at the bar across the street, and both of us invited a few friends. None of those friends showed up, luckily…  So we drank a few shots and headed to the show.  Once inside she touched my lower back and then grabbed my hand to lead me over to some friends of hers.  That helped me relax.  From then on I allowed myself to be a little handsy, which she did, in fact, reciprocate.  Score!

And all the roads we have to walk are winding.  And all the lights that lead us there are blinding.

I drank a lot that night.  I also smoked a bit.  Trying to calm the nerves I guess.  But after singing a few songs at the top of our lungs, after sitting outside in the cold while she gossiped with her friends, after trying to act tough when a wannabe suitor tried to hit on her, we made our way back inside to a secluded corner.  She looked down (she’s 6’1″ and I’m 5’6″) at me with the sexiest “come hither” look I think I’ve ever seen, and I realized I had to kiss this girl right then and there.  So I did.  On my tip toes I went in, kissed her hard, pushed her against the wall, and had an incredible make out session.  It was awesome.  I think, anyway.  I took a step back and realized that the weed and alcohol weren’t mixing well and my vision was tunneling out.  I looked up at her and smiled… then promptly passed out. 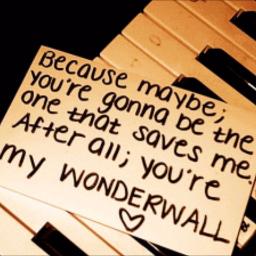 When I came to, I remember seeing her above me, and thinking how bad my legs hurt.  She reached down and picked me up with one hand, which I remember thinking was hell of impressive, and we started kissing some more.  Not for long, though, as I passed out again within a few seconds.  I woke up with her again standing over me, asking if I was alright.  I nodded, tried to smile, and she picked me up again.  She told me we needed to go outside, turned to lead me, and I hit the floor a third time.  This time when I woke up some guy had his arms under my arms and another woman was in my face asking if I was okay.  I just nodded, and the three of them helped me up and walked me outside.  Tremendous first impression, right there…

After clearing my head, drinking some water and apologizing to Super Tall Girl like 45 times, we went back inside to finish the live show.  And somehow, by some miracle, she still took me home that night.  We still had sex for the first, second, third and fourth times that night.  And she still asked to see me the next day.  I couldn’t believe it.  I think she likes me…

Today is gonna be the day that they’re gonna throw it back to you.  By now you should’ve somehow realized what you gotta do.

Alright I know she does.  Weeks later we were talking about that fateful night, and she asked me if I could remember what song was playing when we kissed for the first time.  I told her I honestly couldn’t.  She smiled at me very sweetly and whispered “Wonderwall.”  Made my heart jump.  I’ve always loved that song.  And I’ve associated it at different times with different people.  But not like this.  This girl, who I am quickly falling in love with, has it locked.  We played the song again, kissed, stared deep in each other’s eyes, all the mushy crap I used to vomit over.  And I loved all 4 minutes and 38 seconds of it.

Just your friendly, neighborhood writer trying to navigate the dating world as an adult. Check out my adventures in bars, schools, nicknames, jobs, and more. View all posts by mecubi